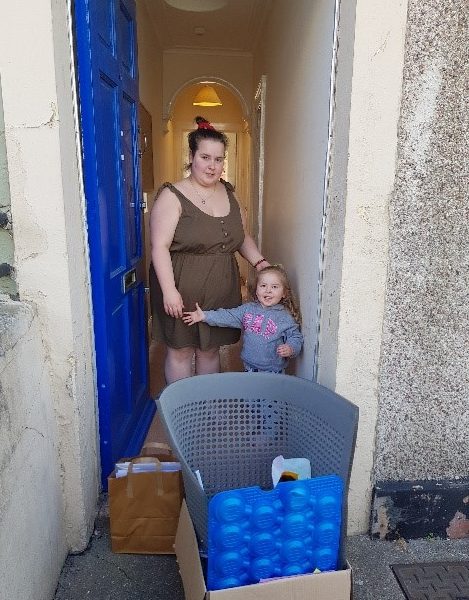 A bit about Kayleigh

Kayleigh describes her life before 1625ip as difficult. She lived with her family in a house that was overcrowded. She had to share a bedroom with her 3 siblings and her newborn baby daughter which came with a lot of challenges. Kayleigh described the relationship between her and her family as toxic and she knew that if she didn’t leave home herself then she would have been kicked out. Once Kayleigh was in the process of being housed by the council, she started to find new struggles within her experiences of being a new mother, after her daughter Amy stopped breastfeeding Kayleigh felt like she had nothing else to give.

“I felt like I was grieving, like I had lost my daughter because she didn’t need me anymore”

When Kayleigh left her family home, she presented herself to the council as homeless and that is how she got referred into 1625ip. Kayleigh has now been living in one of our young parent shared houses for over a year.

Kayleigh and another young mother she was living with at the time were referred to the engagement and learning team to take part in a Make My Day project. This project allows young people to manage a budget of £100 which they can spend on planning and participating in a positive activity whilst working as a team. Kayleigh and her peer decided that they wanted to spend the money on creating a playful and child friendly space in their garden. Kayleigh excelled within this project and very quickly took a lead role in effectively managing their budget and coming up with creative ideas to make the space nicer.

“It was really great to create a space where Amy and the other children could play safely and have lots of fun. We did the project in summertime, so I was particularly pleased we managed to purchase a paddling pool with the budget we were given”

Following on from the Make My Day project Kayleigh voiced that she felt we should be doing more as an organization to support young parents in this capacity. The Engagement and Learning Coordinator took this feedback to management and not long after a weekly session for young parents was introduced to the E+L programme (well done Kayleigh). She and Amy attend this session every week without fail. Through meeting other parents and having an opportunity to take part in a social activity for herself as well as Amy, Kayleigh has blossomed within her social skills and it’s very apparent that she is hugely benefitting from spending time with other young parents the same age as her.

Staff at 1625 recognised that Kayleigh was struggling with Amy growing out of being a baby and developing a whole new range of needs being a very energetic toddler. Her housing worker reached out to family services in Bristol and was able to get Kayleigh both a heath visitor and children’s worker assigned to her for extra support. The partnership working between 1625, NHS and Bristol City Council very quickly provided Kayleigh with lots of opportunities to not only support Amy’s child development but Kayleigh’s parenting needs as well. This support ranged from giving Kayleigh food bank vouchers to getting Amy into nursery as well as enrolling Kayleigh onto a nurturing parent course. At one point there was a referral made for Kayleigh and Amy to move into a mother and baby support unit. Although because Kayleigh very quickly showed progression within her confidence of being a mother and engaging well with all staff supporting her that referral was retracted. She has now been assigned to move into a 1625 self-contained property. This means that she doesn’t need as much support and it’s one step closer to her leaving the service and living completely independently.

“I’ve built up my confidence in my own parenting skills and I’ve been able to do this by understanding Amy’s needs more and learning from her and her own development. I can now see what she needs from me which is what I really found difficult to manage before”

“I can’t wait to move into my new flat. I can finally have some freedom within my own home and not have to worry about sharing space with other people other than my daughter.”

Kayleigh would like to continue showing her progression of living successful independently so that she can leave 1625 and move into her own permanent accommodation. Once Amy is in full time education Kayleigh would like to take the next steps of getting her dream job, which is to support children living with autism. 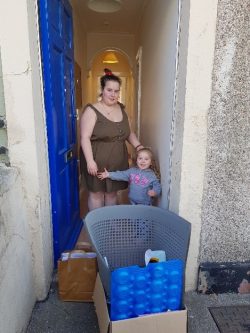 “1625 is a very supportive and caring organisation, they have really supported me and helped me through a lot so I would definitely recommend them to another young person who needs help.”